Nearly 80% of our coal comes from open cut coal mines (compared with 40% globally).

There are many issues associated with particulate matter in open cut mines that MUST be addressed. Several mines’ concentration of this matter often exceed the Ambient Air Quality NEPM standard (50 ug/m3 for standard 24-hour average PM10.)

Complaints from members of the public about air quality are widespread and in the majority of cases these complaints are based around coal dust.

Unlike Australian legislation that implies that coal companies must use “such practical means as may be necessary to prevent or minimise air pollution”, laws in other countries are more specific.

For example, the Canadian province of Alberta provides a 24-hour average TSP criterion of 100 μg/m3, while California and Scotland provide annual average PM10 criteria that are equal to or less than 20 μg/m3 – some of the most stringent in the world.

Methods to control coal dust on haul roads include:

Watering is used in approximately 81% of underground mines and 96% of open-cut coal mines, however watering alone does not minimise emissions and is only a “quick fix”.

Best practice is the application of suppressant on haul roads which has been shown to reduce emissions by 21% [Source: Katestone Environmental Report 2010]

Methods to control wind erosion of stockpiles include:

Wind erosion best practice is the use of dust suppressants or materials binders coupled with the timely implementation of rehabilitation (which material binders can further support).

With instances of black lung disease being reported, it pays to be vigilant.

It is imperative to control, benchmark and constantly monitor particulate matter emissions on Australian coalfields.

Alarms should be set to alert operators when trigger levels are being exceeded.

Meteorological conditions should also be monitored and activity should be modified or ceased on particularly dry and/or windy days.

For more information and advice about dust control solutions at your underground or open-cut coal mine, call 1800 662 387 and speak to one of the helpful, knowledgeable engineers at Dust-A-Side Australia today, or simply complete the form on our Contact Us page. 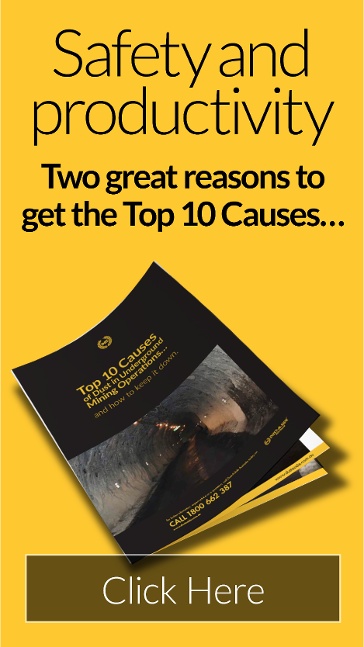