With haul trucks consuming hundreds of litres of fuel during every hour of operation, it’s no wonder that fuel is one of the biggest expenses for iron ore mining operations. It can cost in the vicinity of a million dollars a year to fuel and maintain a haul truck.

And with fuel prices currently at all-time global highs, mines need to implement solutions which will lower fuel usage in order to make operations more cost-effective.

Improving the surface of haul roads and consequently reducing rolling resistance is one way that iron ore mines can reduce hourly fuel consumption. To prove this statement, Dust-A-Side commissioned leading tyre manufacturer Michelin to conduct a special study at their cutting-edge mining test centre in Spain.

The study conducted by Michelin assessed the impact of Dust-A-Side’s holistic haul road management program on the fuel consumption of rigid dump trucks.

Here’s what was discovered:

First, the test conditions were set on a reduced scale automated truck. It was positioned to run at constant speed to simulate real haulage conditions. The pulling effort reflected that of a constant slope of 10% under stabilised operating conditions.

Comparisons were made between an untreated, stone-covered reference track and a track treated by Dust-A-Side. Michelin measured a significant reduction in fuel consumption of 7.5%.

The study credited better quality roads treated with Dust-A-Side’s road management services to a reduction in fuel and road user costs. Importantly, it was also concluded that untreated roads posed a major maintenance and safety threat to haul roads.

In another study conducted over a four-month period it was concluded that a Dust-A-Side treated road reduced the measured International Roughness Index (IRI) by almost 40% compared with an untreated control section of the same road, as shown in the chart below. 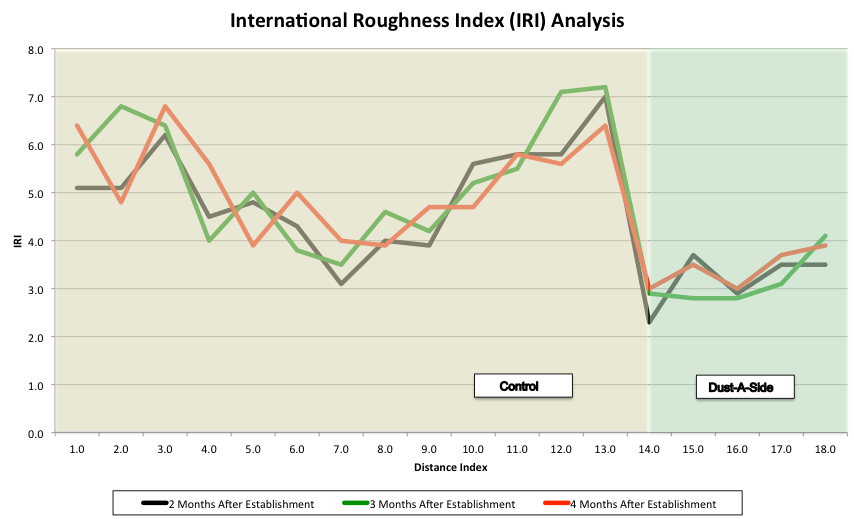 Interested in learning more about Dust-A-Side’s holistic haul road management solutions for your iron ore mine?

Simply get in touch with us today or click here to arrange an on-site technical consultation and report.

We’ll provide you with a detailed cost analysis based on the size of your haul road network.

We’ll also provide you with figures showing how soon you’ll break even by engaging our services and how much you will be likely to go on and save on operating costs. 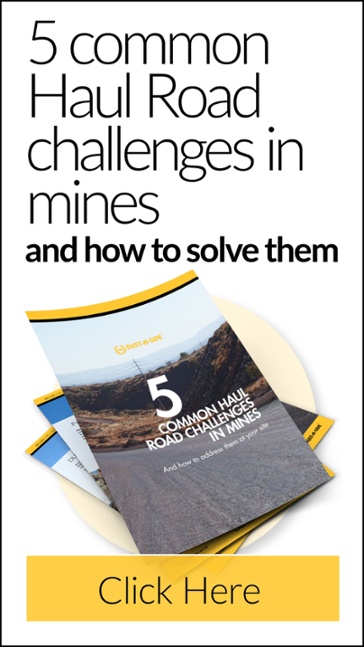