After it was closed for a $50 million upgrade, the famous Eagle Farm Racecourse in Brisbane was all set for a grand re-opening. There was only one problem, and it was a big one.

Over 22 months of intense construction had resulted in huge stockpiles, with the topsoil in danger of running off or causing a massive dust problem.

But dust and soil erosion weren’t the biggest problems…the main issue for the Brisbane Racing Club (BRC) was that it was the week before two of the flagship races of the Brisbane Winter Carnival, the Stradbroke Handicap and the Queensland Oaks. 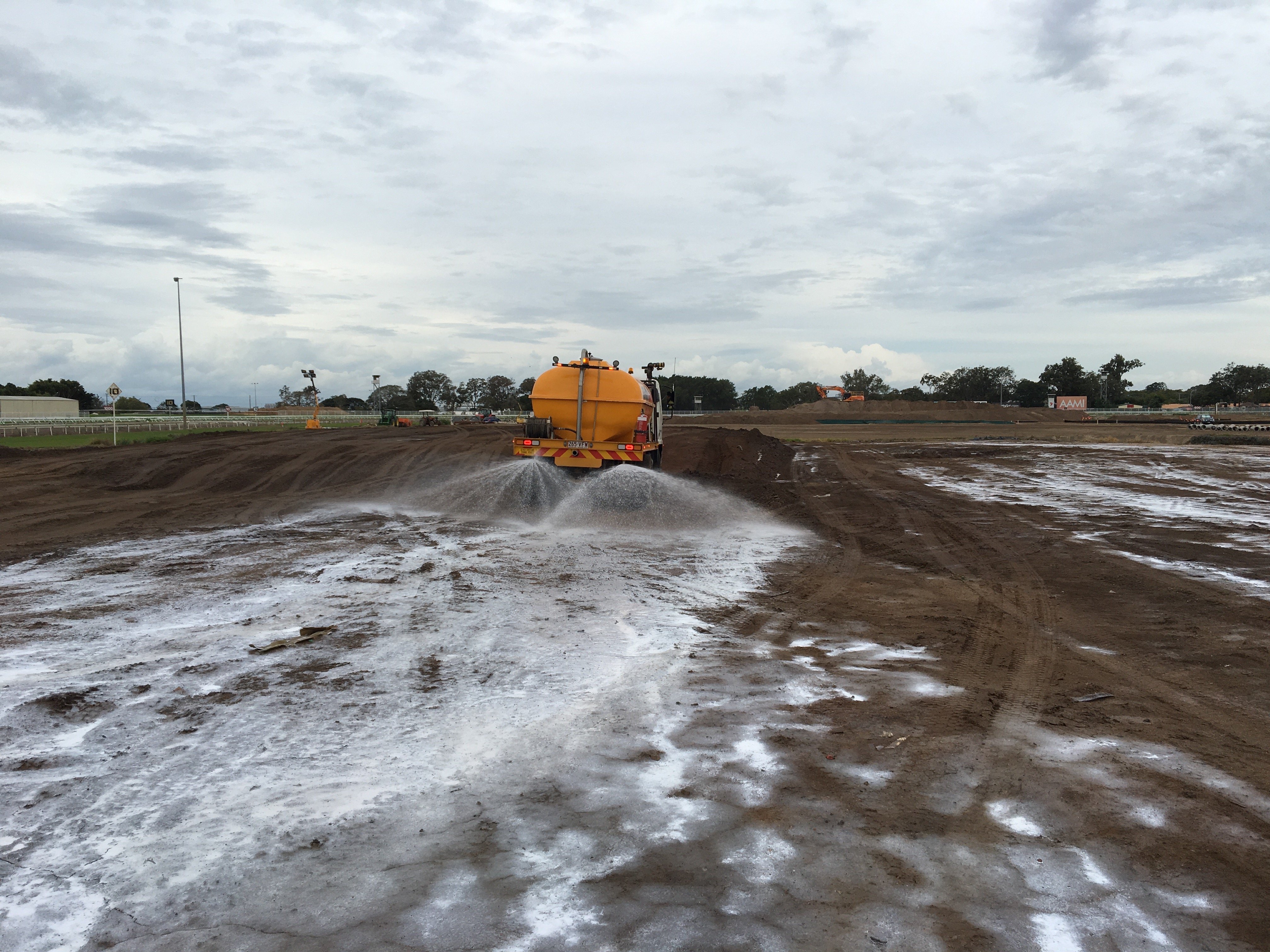 It wouldn’t do to have the State’s premier thoroughbred races run around a dustbowl, so the BRC engaged the services of Dust-a-Side Australia to solve the dilemma. DAS was commissioned on a ‘full service’ basis to provide watercarts, skilled personnel and the best chemical treatment for the centre of the track…which our engineers deemed to be AquaTarp.

Racing against the clock, we set about sealing the stockpiles with this solvent-free, water and surfactant based emulsion of latex polymer. To control the dust and potential run-off, AquaTarp was diluted and sprayed using water cannons in areas that couldn’t be reached, and watercarts in places that could. 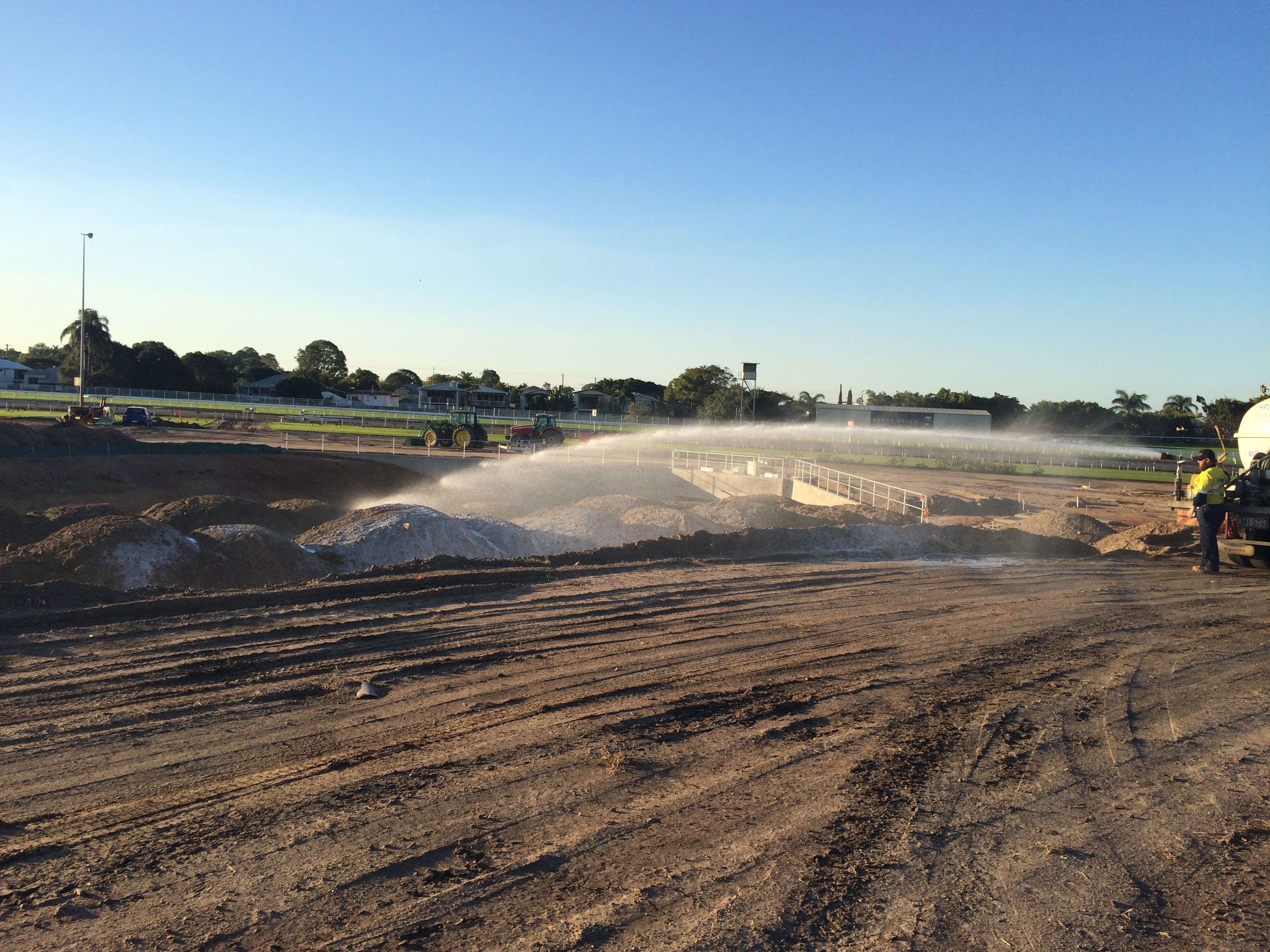 Over the course of two days, it was sprayed, compacted and rolled until the ground surface layer was bound together and covered in an impermeable crust.

Two days before the new racecourse was due to have its grand re-opening, the heavens opened instead and over 50mm of rain was dumped onto the track. 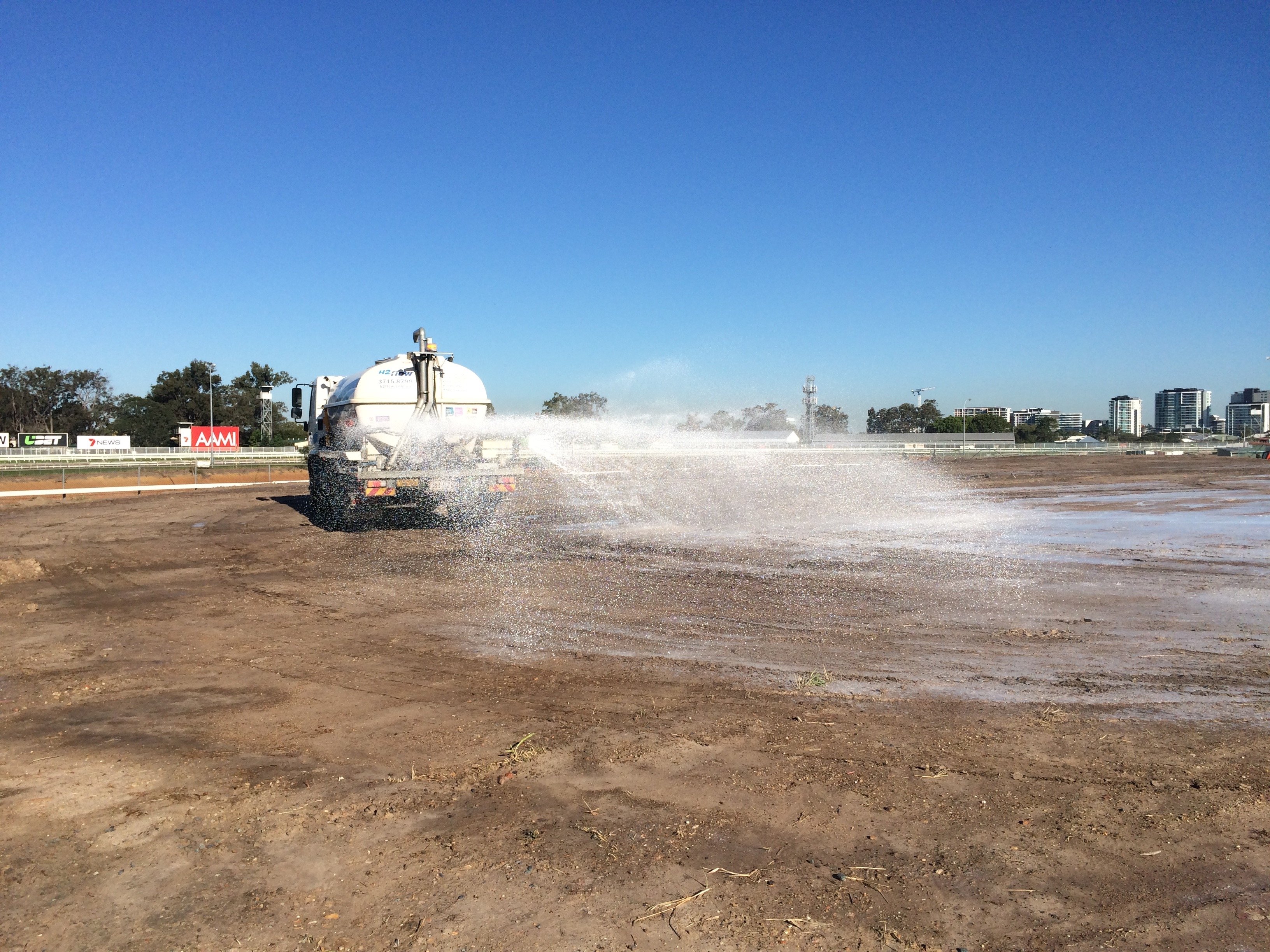 The bad news was the big Group 1 races obviously had to be postponed until the following Saturday.

The good news was that even after this massive deluge, the AquaTarp-treated areas in the centre of the track were still perfectly sealed with no resultant soil erosion.

Few of the 20,000 spectators who attended the Stradbroke/ Oaks race day would have even noticed how well AquaTarp performed, but you can bet the BRC did. 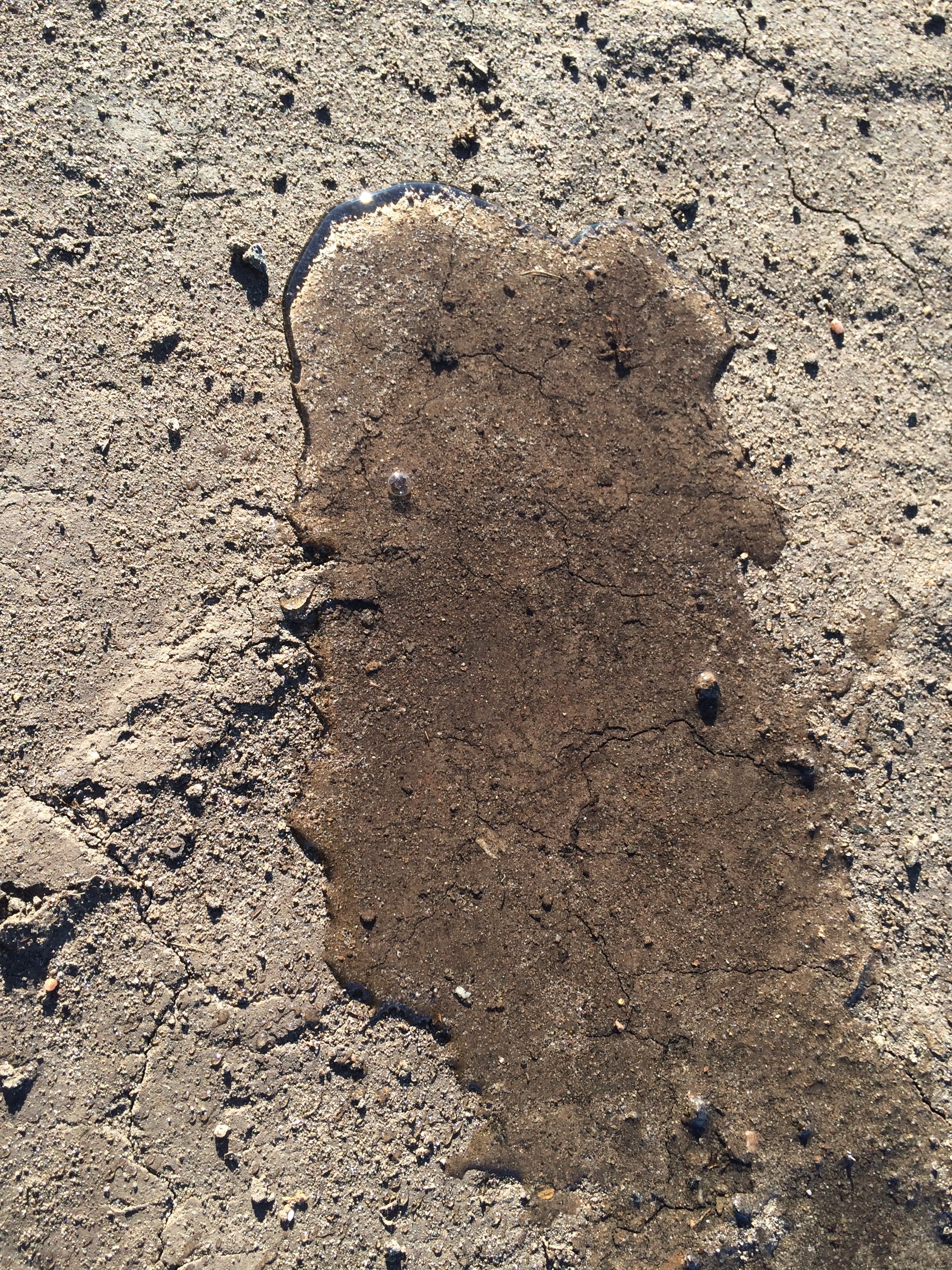 For more information and advice about AquaTarp and how to deal with dust and erosion control at a construction site, call 1800 662 387 and speak to one of our team members, or click here to contact us. 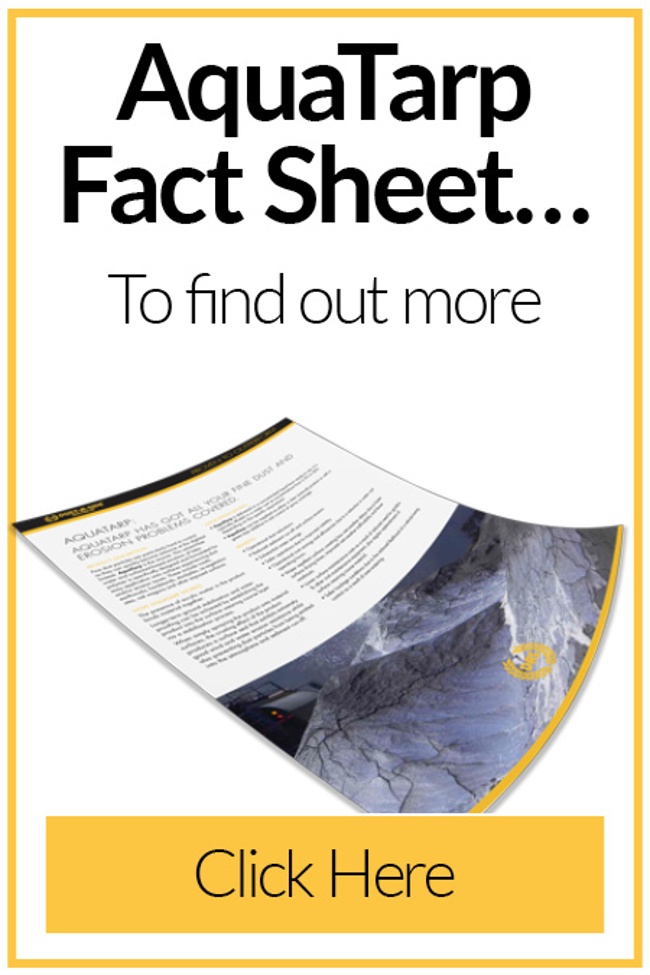